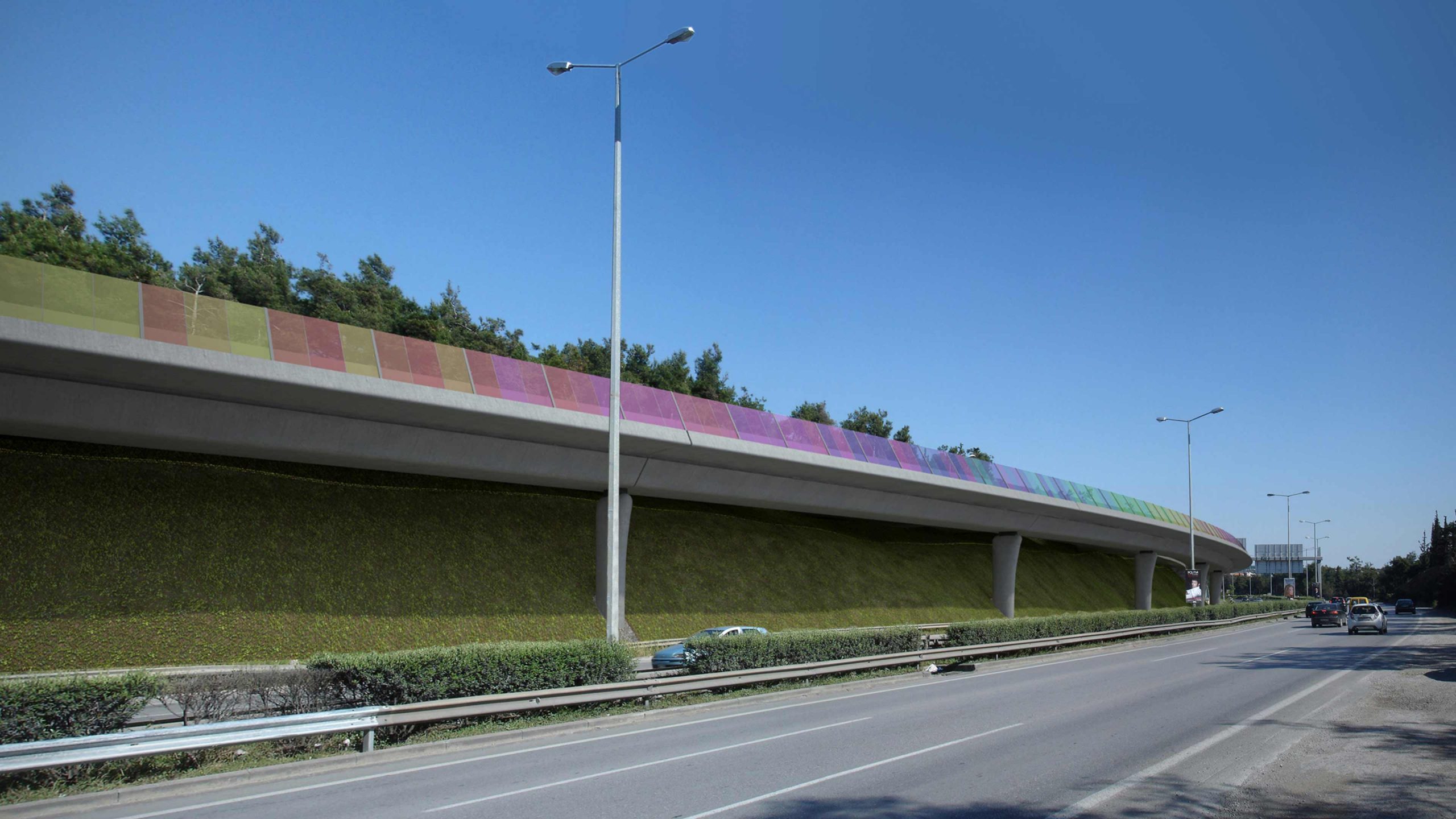 In the context of the upgrading project of the existing Eastern Inner Ring Road of Thessaloniki, the construction of an Elevated Expressway (Flyover), next to the existing ring road (between I/C K5 and I/C K10) at an overlying level is suggested. The project will significantly decongest the existing ring road, which will also be upgraded to serve local and heavy traffic.
The entire project is extremely complex and technically demanding, judged as “Special and Important at National Level” planned to be constructed with a Public-Private Partnership Contract. METE SYSM has prepared the preliminary studies of the technical works for the whole project, which are already approved and participates in the preparation of the predesigns.
The most important and also special part of the project is the construction of an Elevated Bridge with a total length of 4.000m between I/C K6-Neapoli and I/C K8-Triandria. At the predesign stage, our office is responsible for the first section of this bridge (Bridge T9a) with a total length of 2.000m between I/C K6 and I/C K7, next to the existing Ring Road on the “Sheikh-Shu” forest side. In plan, the bridge alignment moves on straight lines along with circular arcs (R=1.100–1.200m) and corresponding transition curves. In elevation, the red line exceeds that of the adjacent ring road and the natural terrain usually by 7,0 – 8,0 m, but also 11,0 – 12,00 m, except for the areas of two valley bridges with red line elevation 25,0 – 30,0m above the ground.
The box-shaped cross-section is 2,5 m deep with a total width of 22,2 m, carrying bilateral traffic (2+2 lanes and emergency lanes). The net traffic width is 9,7m in each direction with an intermediate rigid safety barrier. At the two edges of the section, safety barriers, sound curtains and lighting poles are provided. The deck is also provided with insulation special membranes and a drainage system with longitudinal and vertical pipes.
Along the 2.000m of the bridge, a total of nine (9) independent substructures are formed, with lengths between 170,0m and 235,0m. The superstructures are continuous, with four to five spans of about 45,0 m and expansion joints at the ends of the subsections. The piers are single-column, of variable length, founded on shafts. The superstructure rests on bearings in the piers where expansion joints are provided and is monolithically connected to the rest of the piers, forming a case of semi-integral bridges. 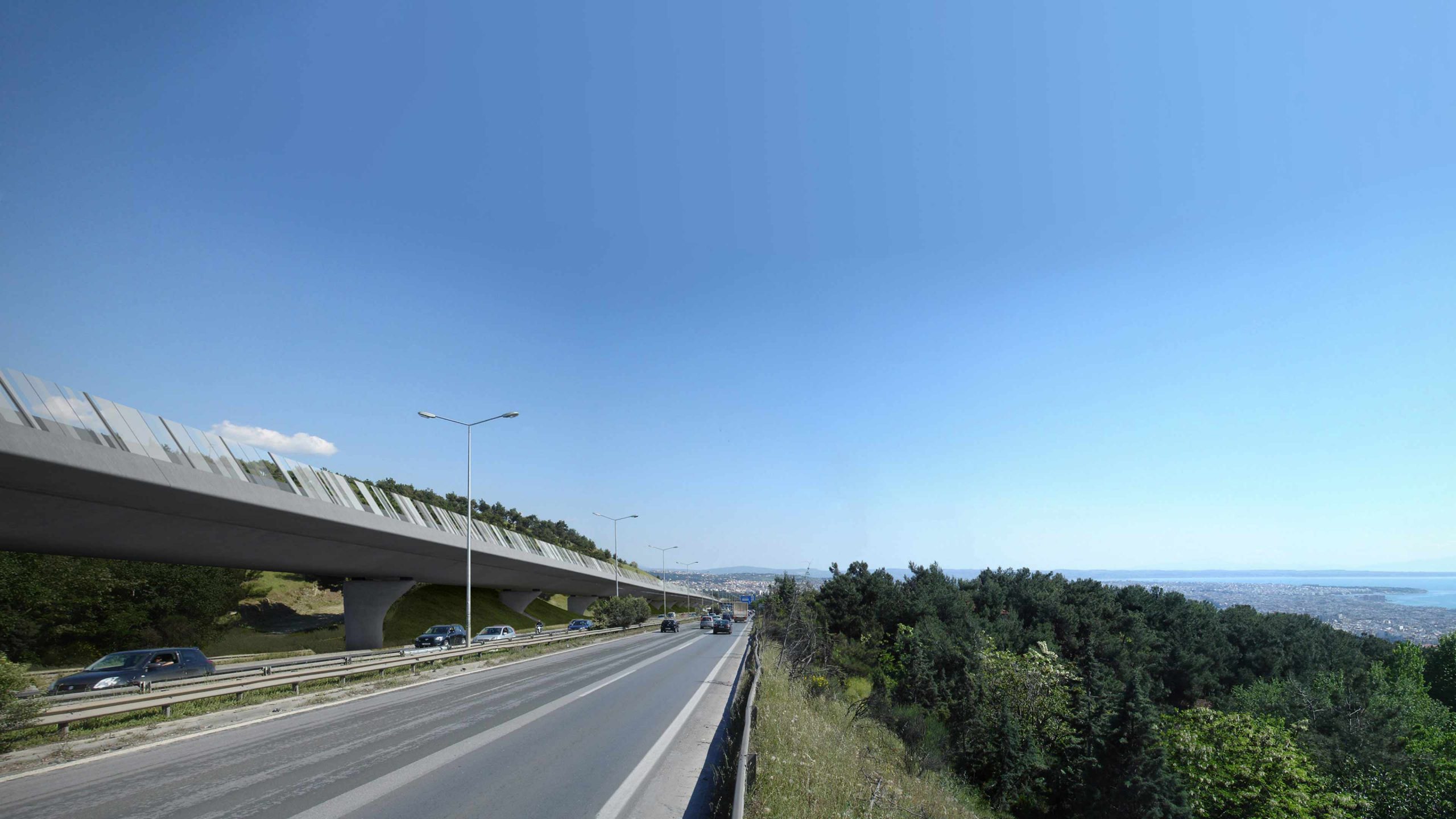 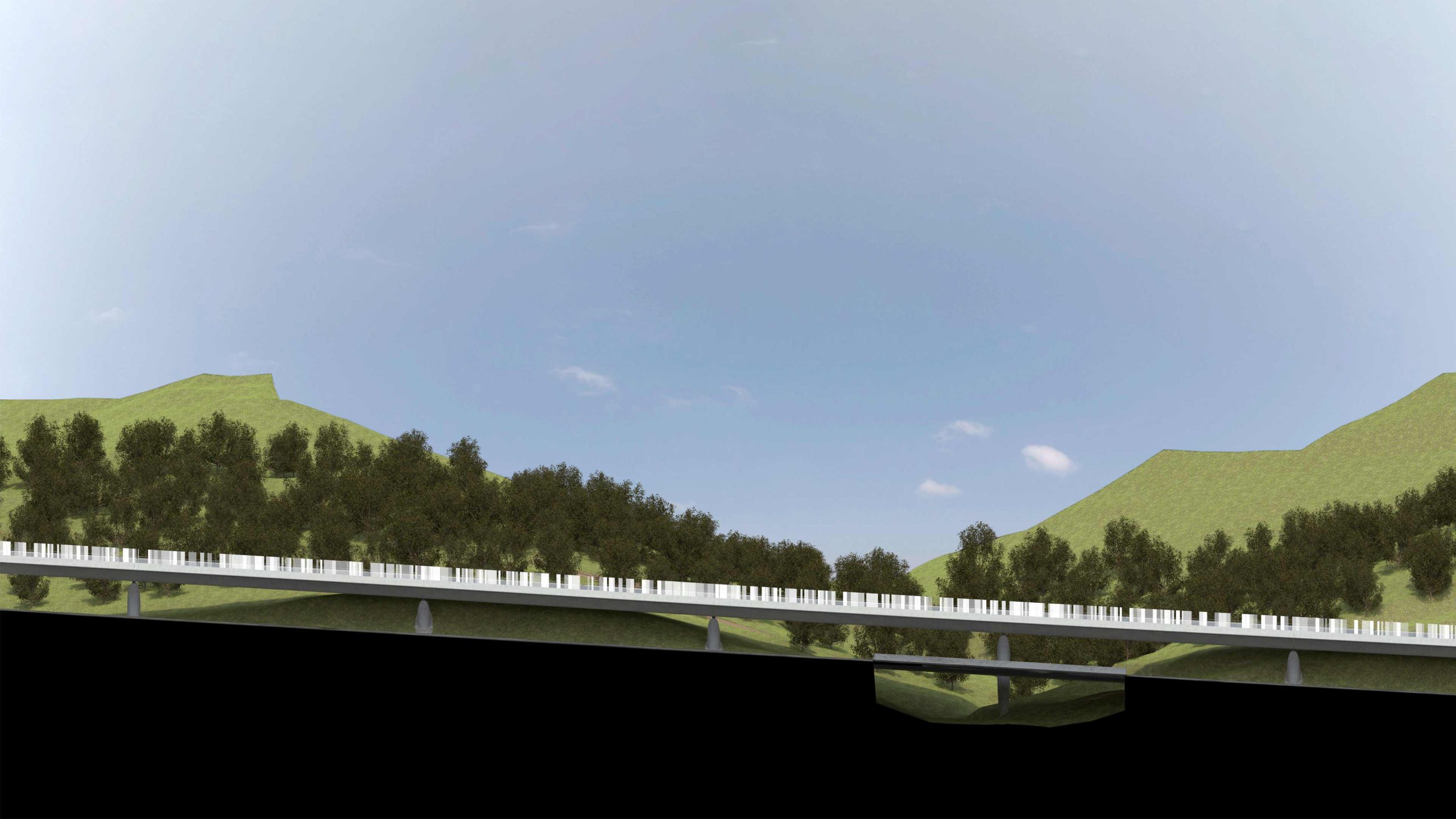 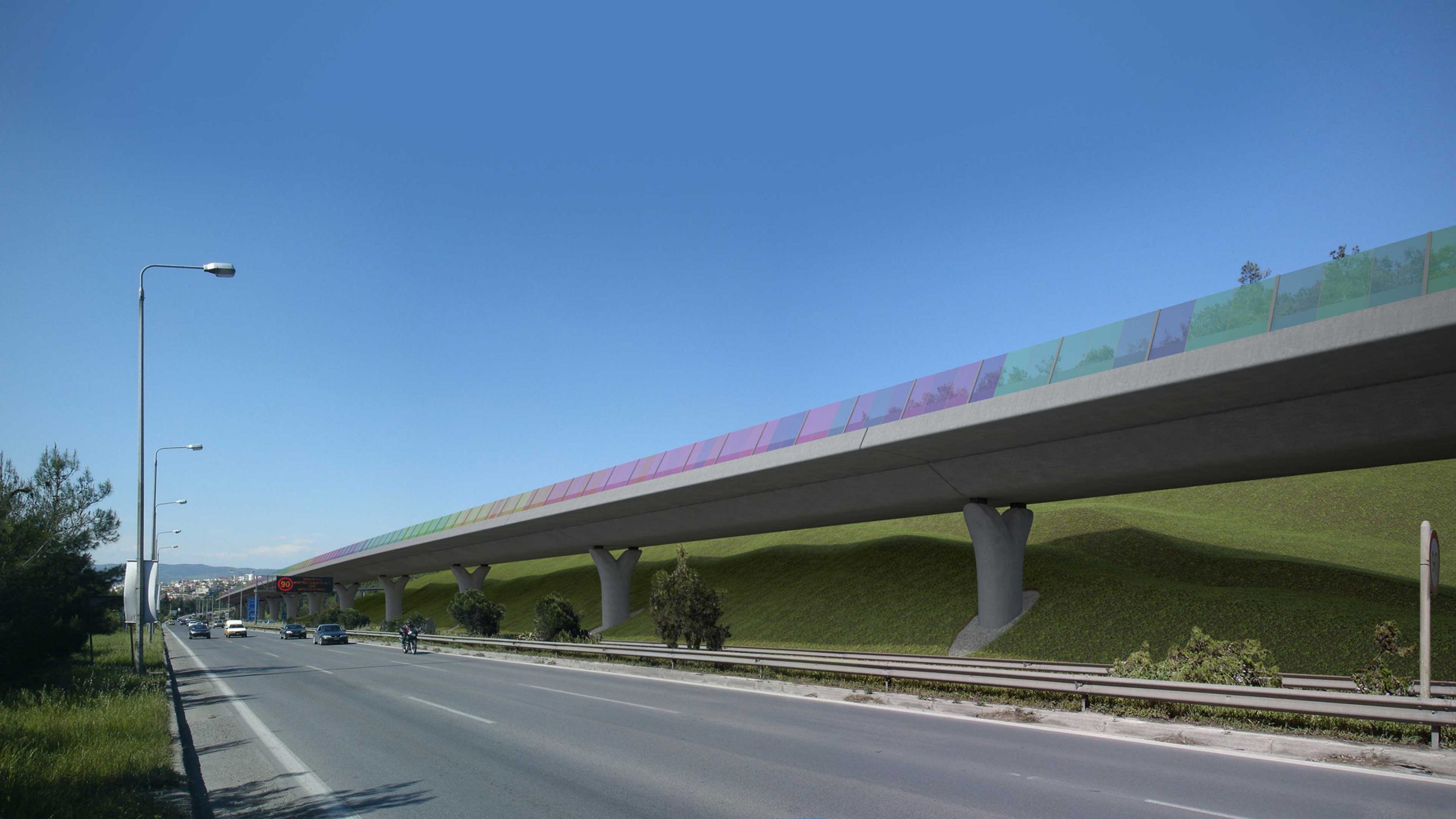 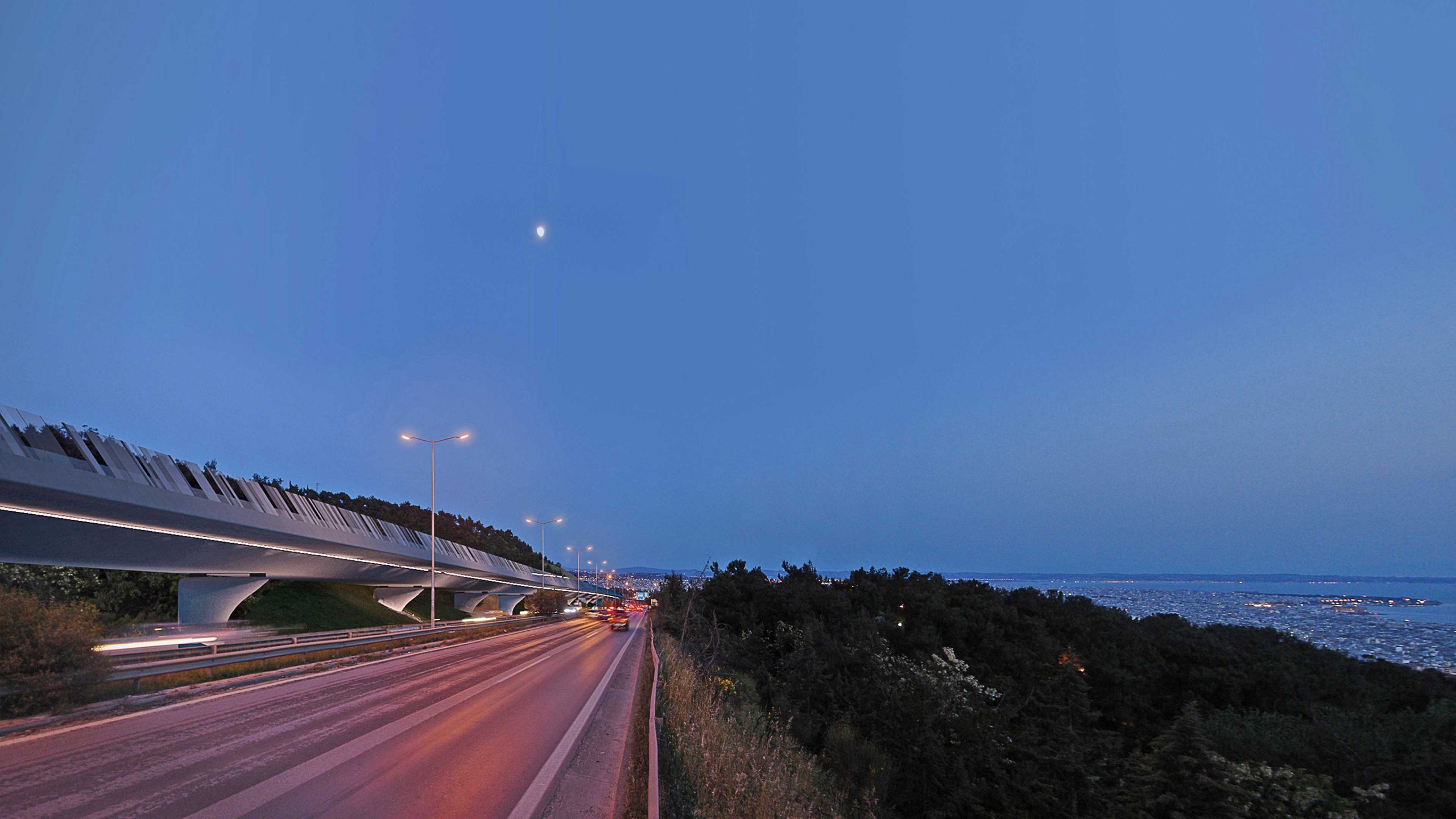 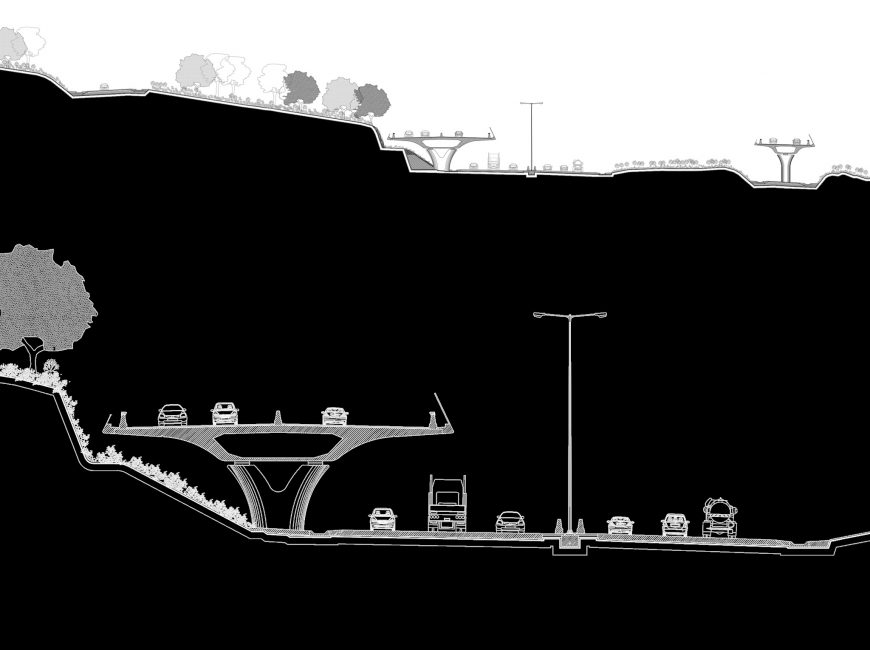 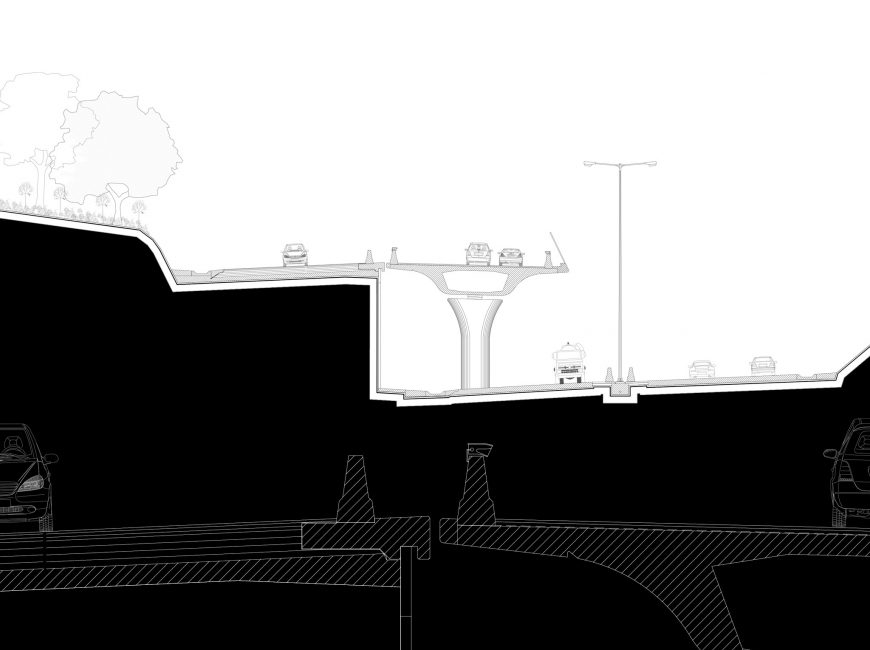 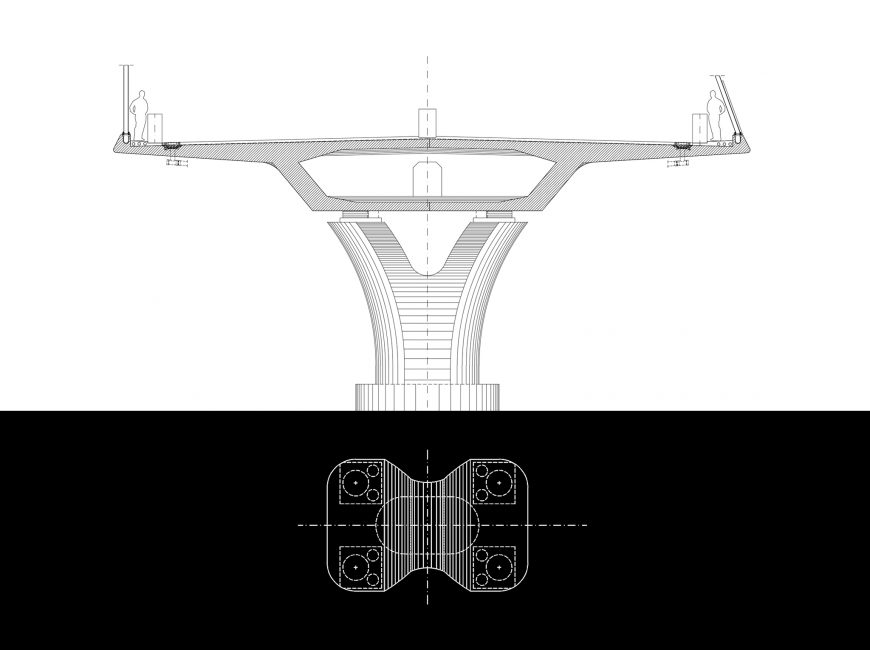 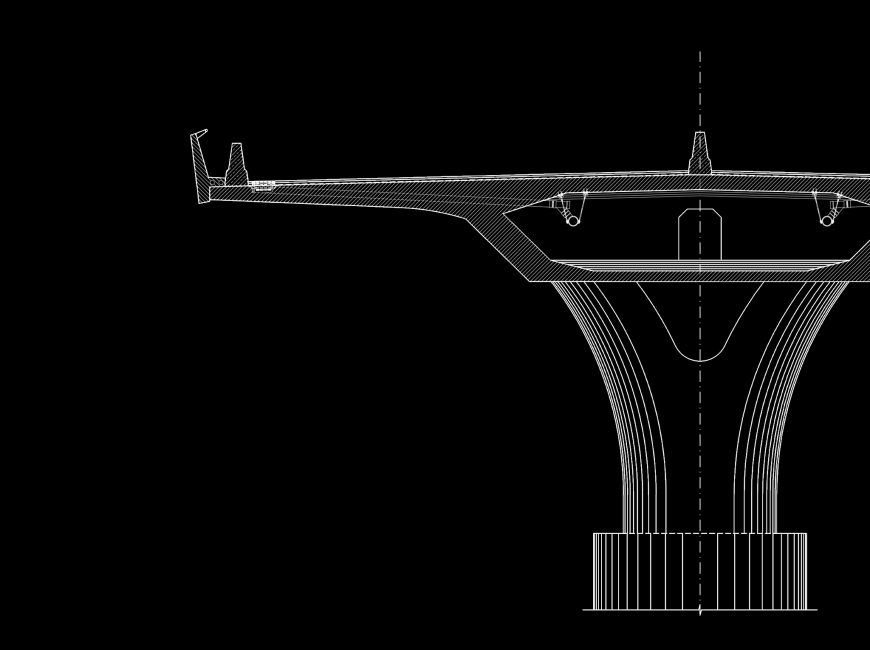 cross section 1 near to pier

cross section 2 near to pier 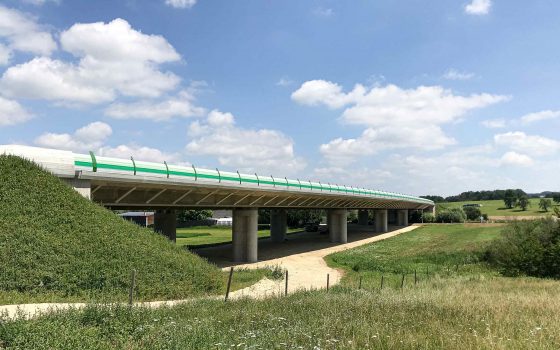 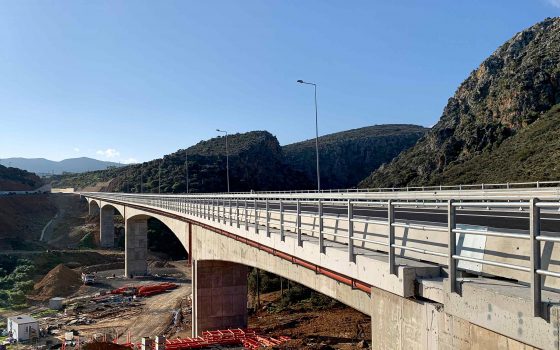 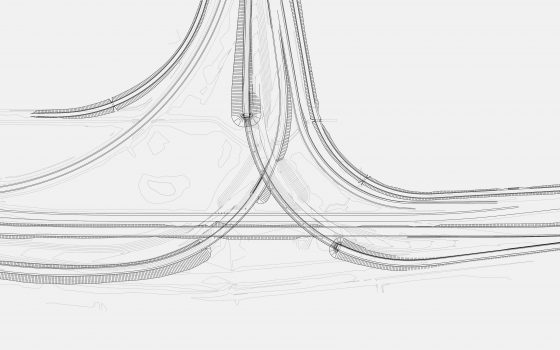