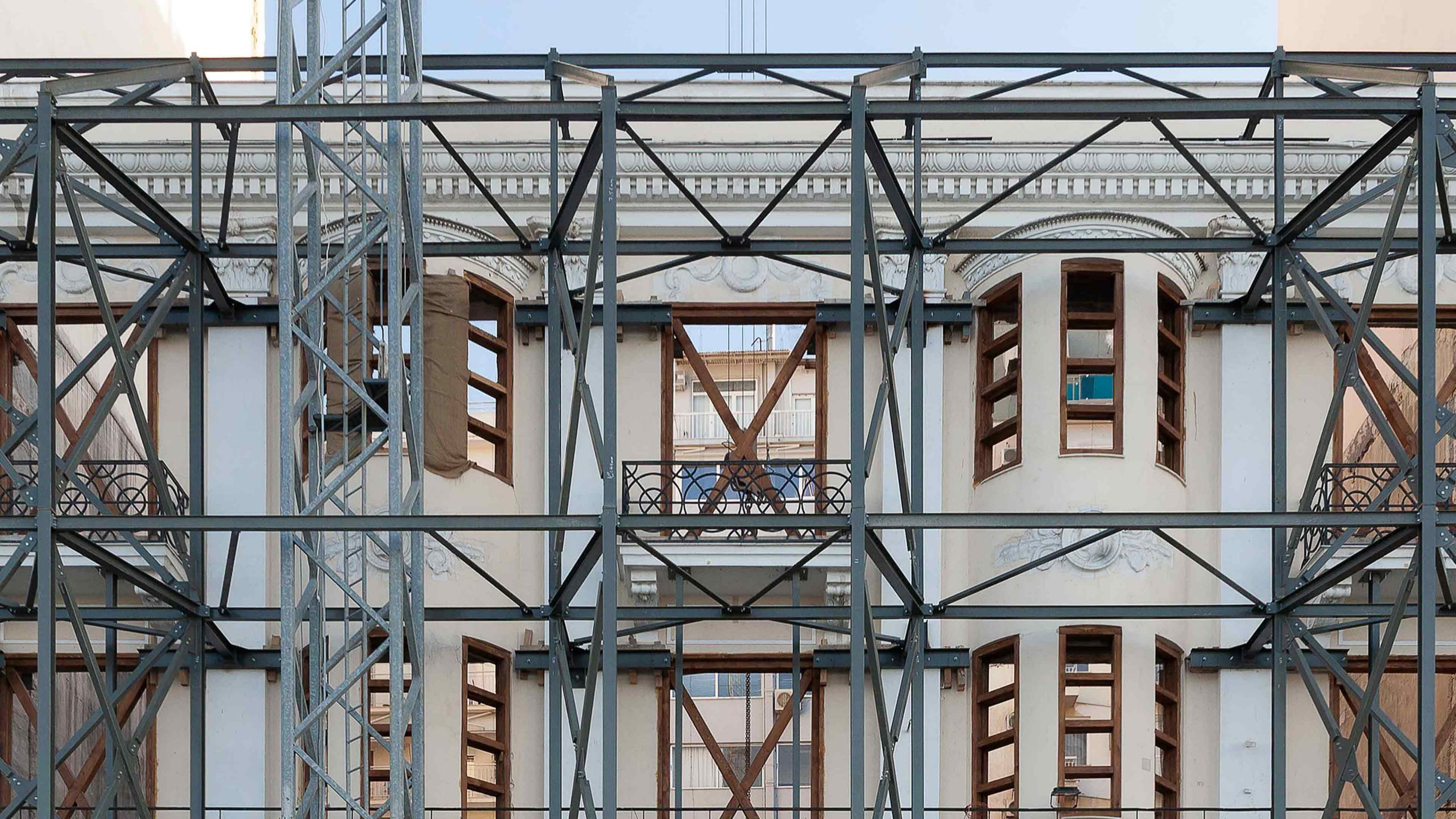 In one of the most recognizable spots of Thessaloniki, on its coastal front on Leoforos Nikis Avenue, the project highlights and utilizes the facade of a listed building, the historic restaurant Olympus – Naoussa, built in 1926 and designed by architect Jacques Mosse.
The project anticipates the preservation, restoration and integration of the listed facade of the historic building in a modern, multi-storey, luxurious “boutique” hotel.
The design carried out by METE SYSM appertained to the retaining structure of the listed facade during the construction of the new building, the 8-storey with two basements new building and the integration of the listed facade into it.
The retaining of the facade, respecting the architectural peculiarities of the existing construction, while satisfying the construction requirements of the work site, was carried out with six properly arranged steel frames with bi-directional diagonal bracings of adequate resistance and stiffness for resisting the horizontal wind and earthquake actions. On either side of the listed masonry, UPN cross-section beams are arranged, tightening it like a splint, which are connected to the steel frames through cantilever beams, transferring to them the horizontal wind and earthquake loads. Both the temporary retaining structure and the listed facade are supported by properly arranged micropiles.
The new permanent structure is entirely made of reinforced concrete. To maximize the safety of adjacent buildings against displacements during excavation and to save construction time, the method of simultaneous Up and Down Construction has been chosen. Special consideration was taken into the integration of the listed facade in the new construction, which is ensured by the proper arrangement of special anchors and nails. The foundation of the new construction consists of a reinforced concrete diaphragm at the perimeter and of diaphragmatic elements (barrettes) of rectangular cross section on the inside. 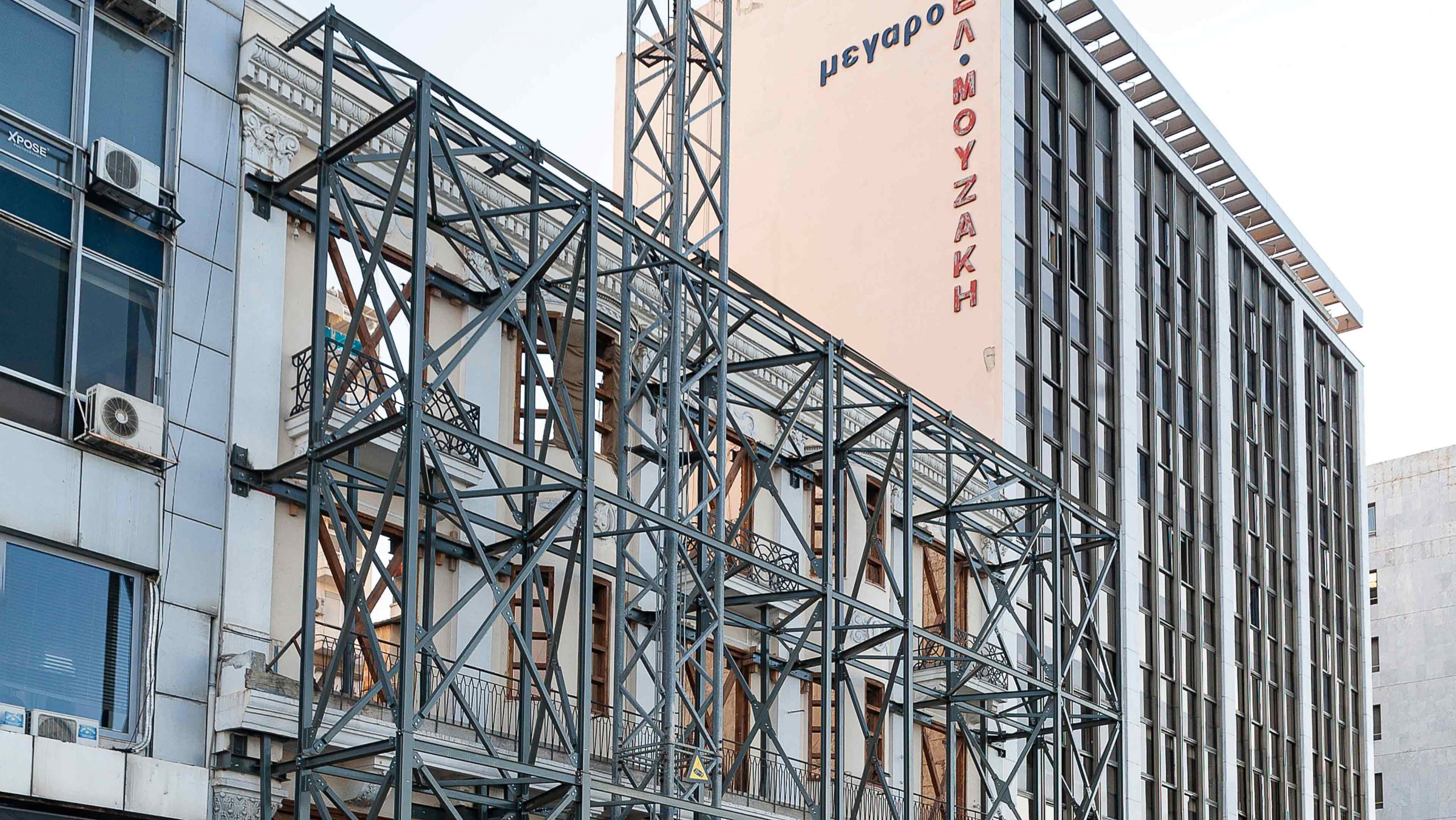 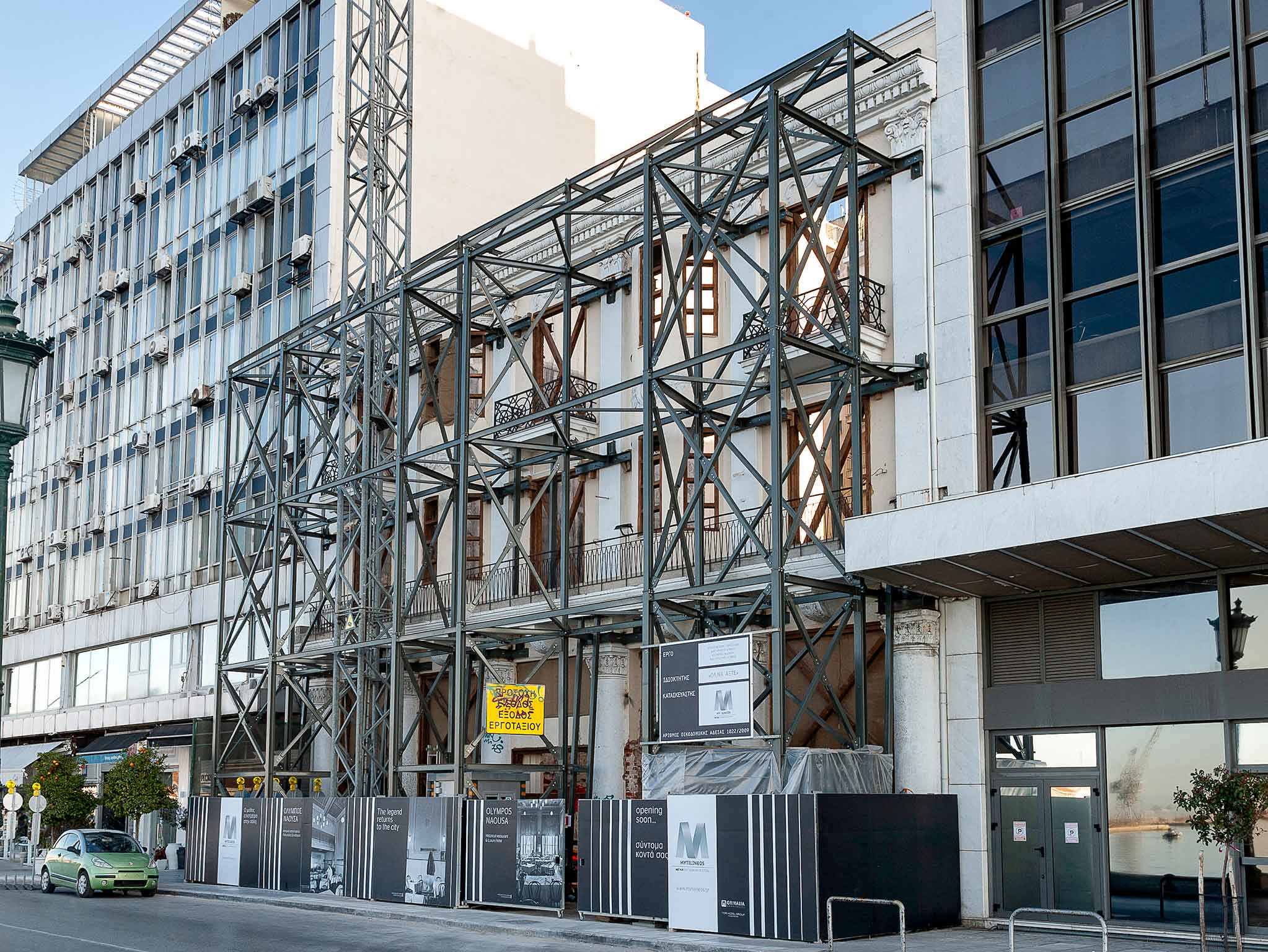 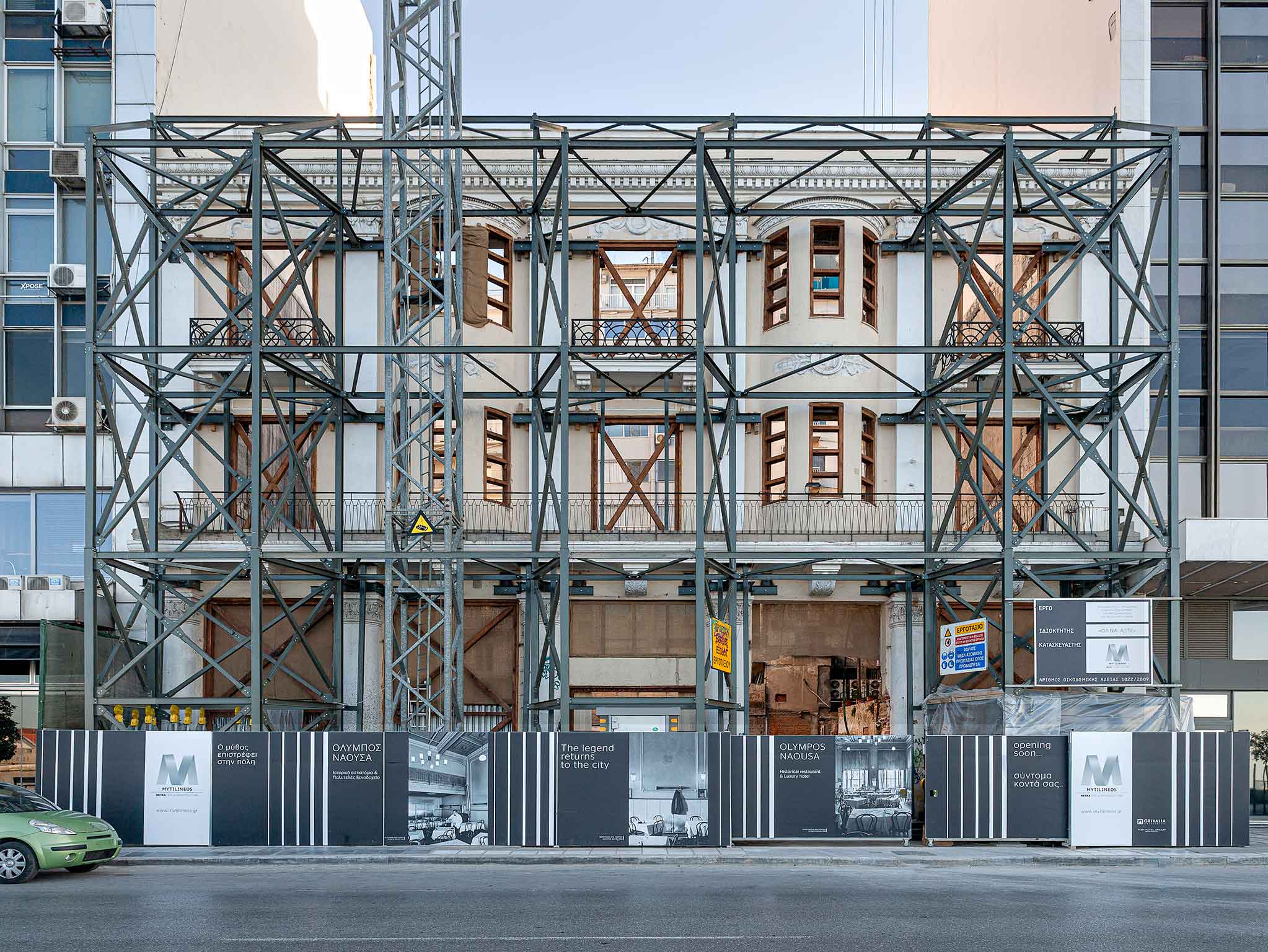 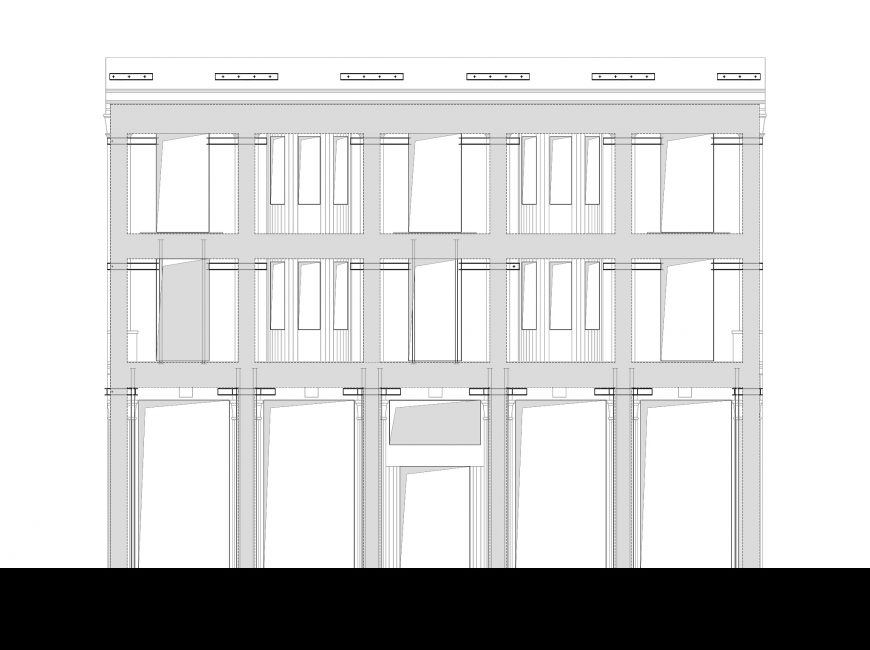 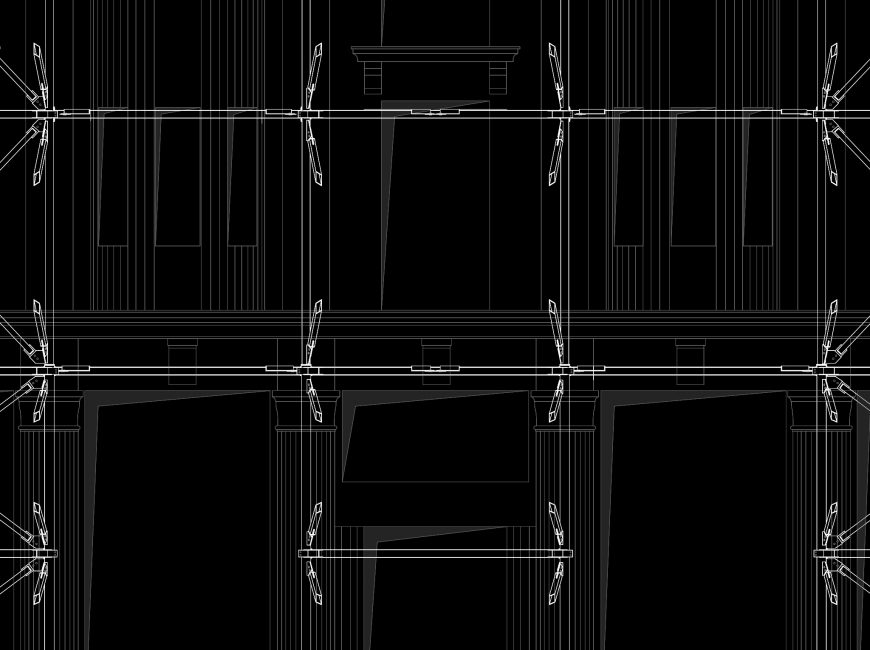 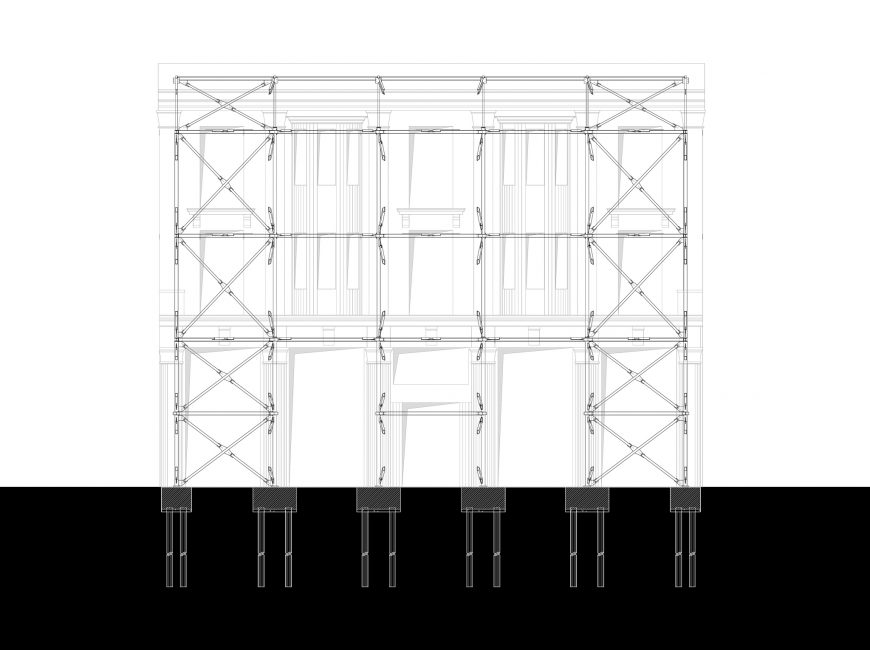 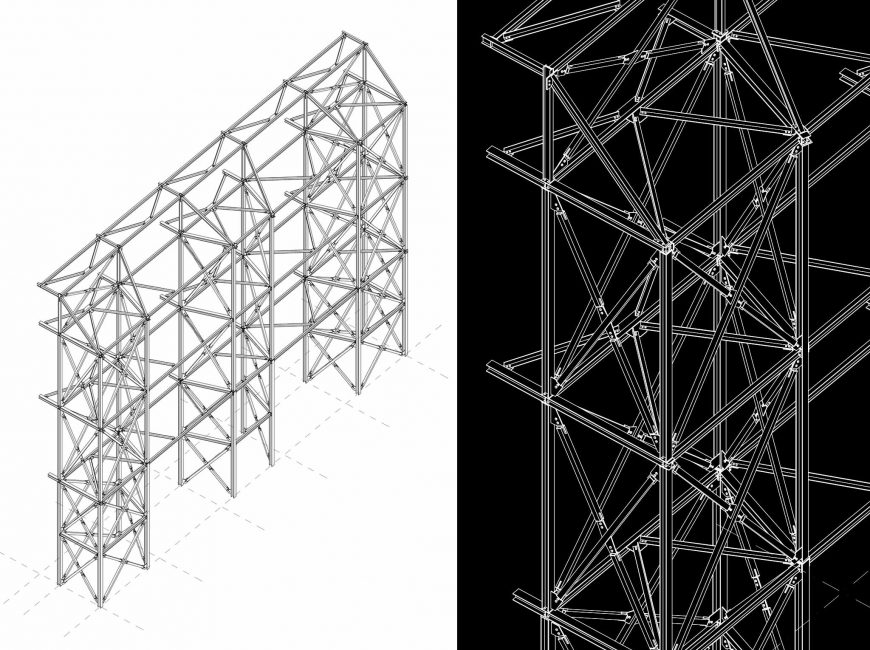 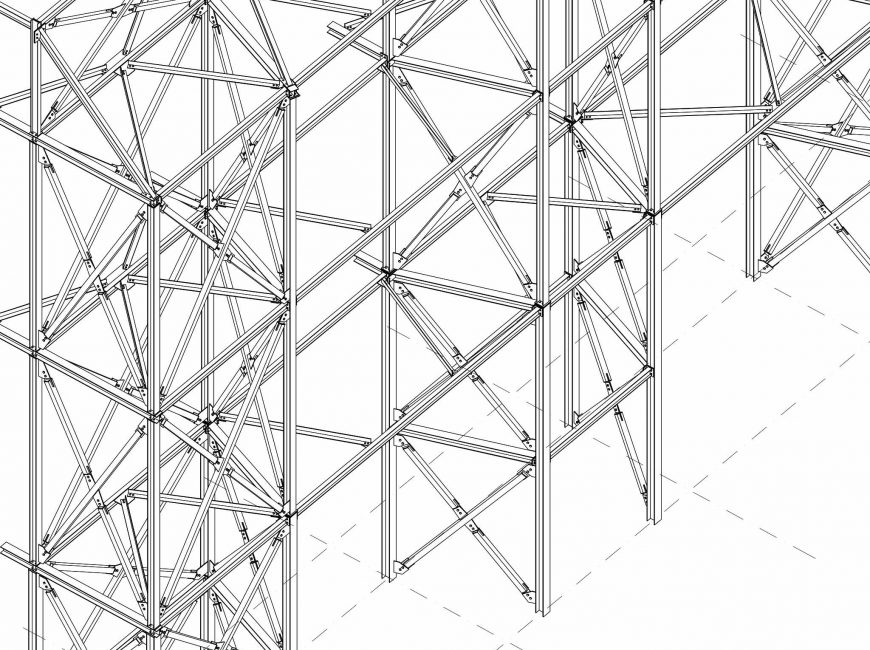 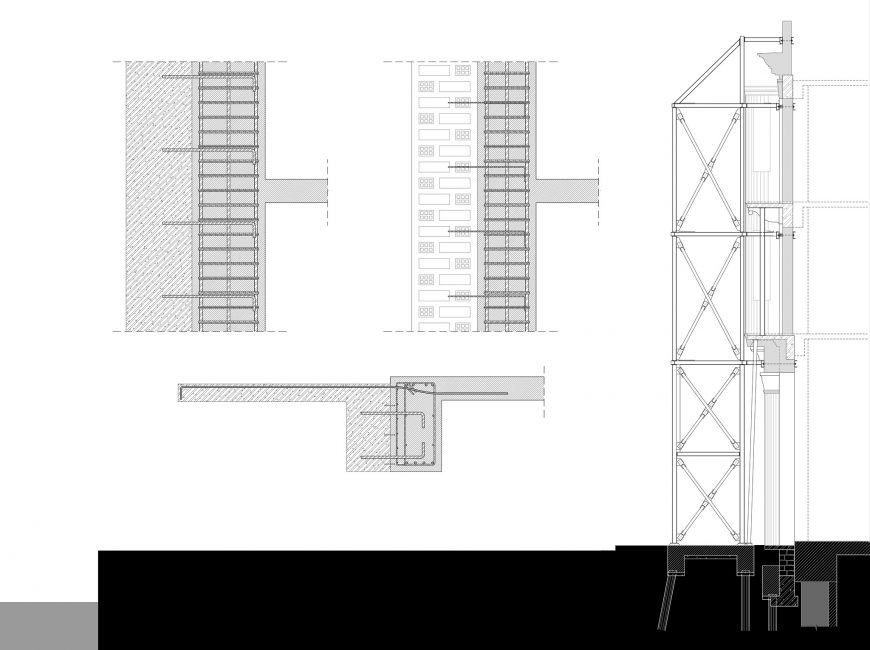 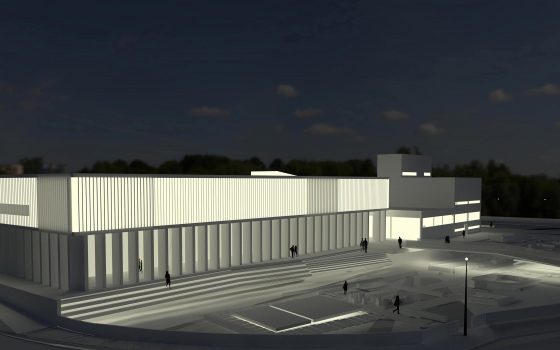 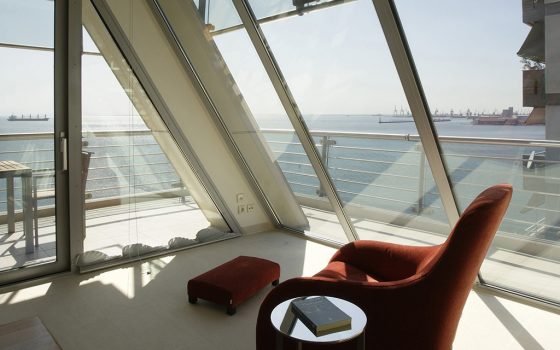