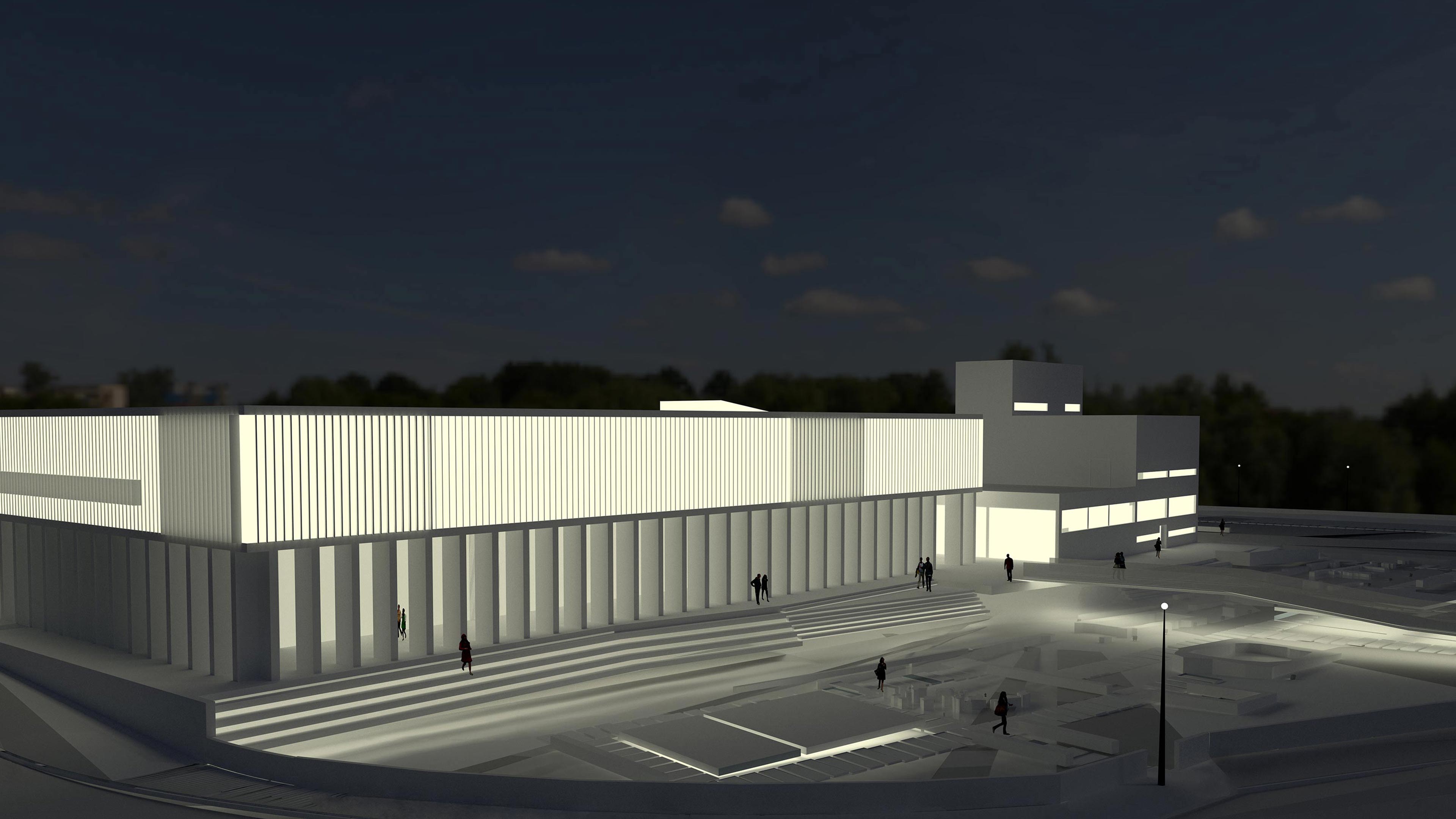 The NAMS design proposal responds to the principles set by the promoter and satisfies all the objectives set out in the call for proposals.

The building develops following the urban, local-national character of the National Road along which its eastern boundary extends, and its internal central mood to preserve and highlight the local findings.

At the same time, it needs to be seduced by ancient Sparta, but also by the Modern City. To dominate the entrance of the city with a continuous welcome, to invite, to embrace the visitor in the heart of its past.

Morphologically, the building can be read as a volume formation of archetypal structures: the body that carries the STOA, its elongated part leading to the AGORA close to the city, the conversation of the 2 buildings (old and new) forming the ATRIUM. The use of exposed concrete in the elements of the body is intensified by the form of the dense columns, while the choice of U-shaped glass alternating with vertical glass louvres gives a lighter, yet distinct facade in the new building.

The general organization of the uses turns the visitors’ areas towards the interior of the plot, near the archaeological site, and places the offices, workshops, storages to the east, towards the highway. The new building is connected with the existing one, through the entrance area at ground floor level, and through the ending of the Museum Exhibition at first floor level, providing an exit to the outside for a tour in the archeological findings.

The two buildings function as one, with the new one hosting the reception areas, the temporary exhibition and most of the permanent exhibition, and with the existing hosting multi-purpose and educational halls, the shop, the cafe, the exhibition of former factory HYMOFIX.

The design principles of the building and the immediate surroundings complies with the basic objective of bioclimatic architecture, which is summarized in securing a “high quality” acceptable indoor climatic conditions while reducing energy consumption.

The central idea of ​​forming the exhibition space is based on the key words “intersections” and “refractions”, describing spatially the meaning of the museological themes.

According to the above, the exhibition areas are developed on the basis of specific crossing paths and refraction areas. Lighting, which ranges from bright to dark and vice versa, contributes to the desired exhibition atmosphere, enhancing the experience, depending on the content. 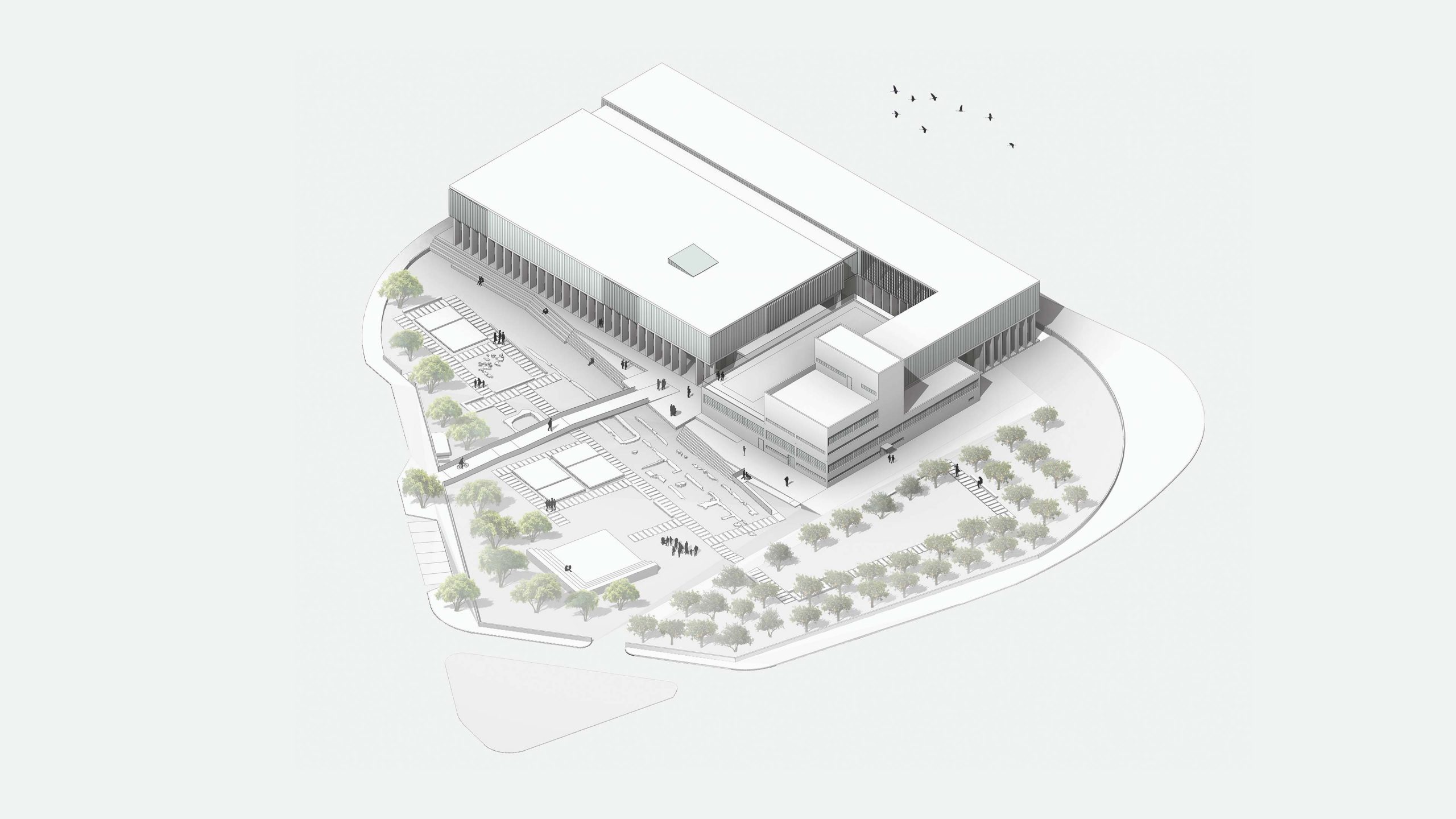 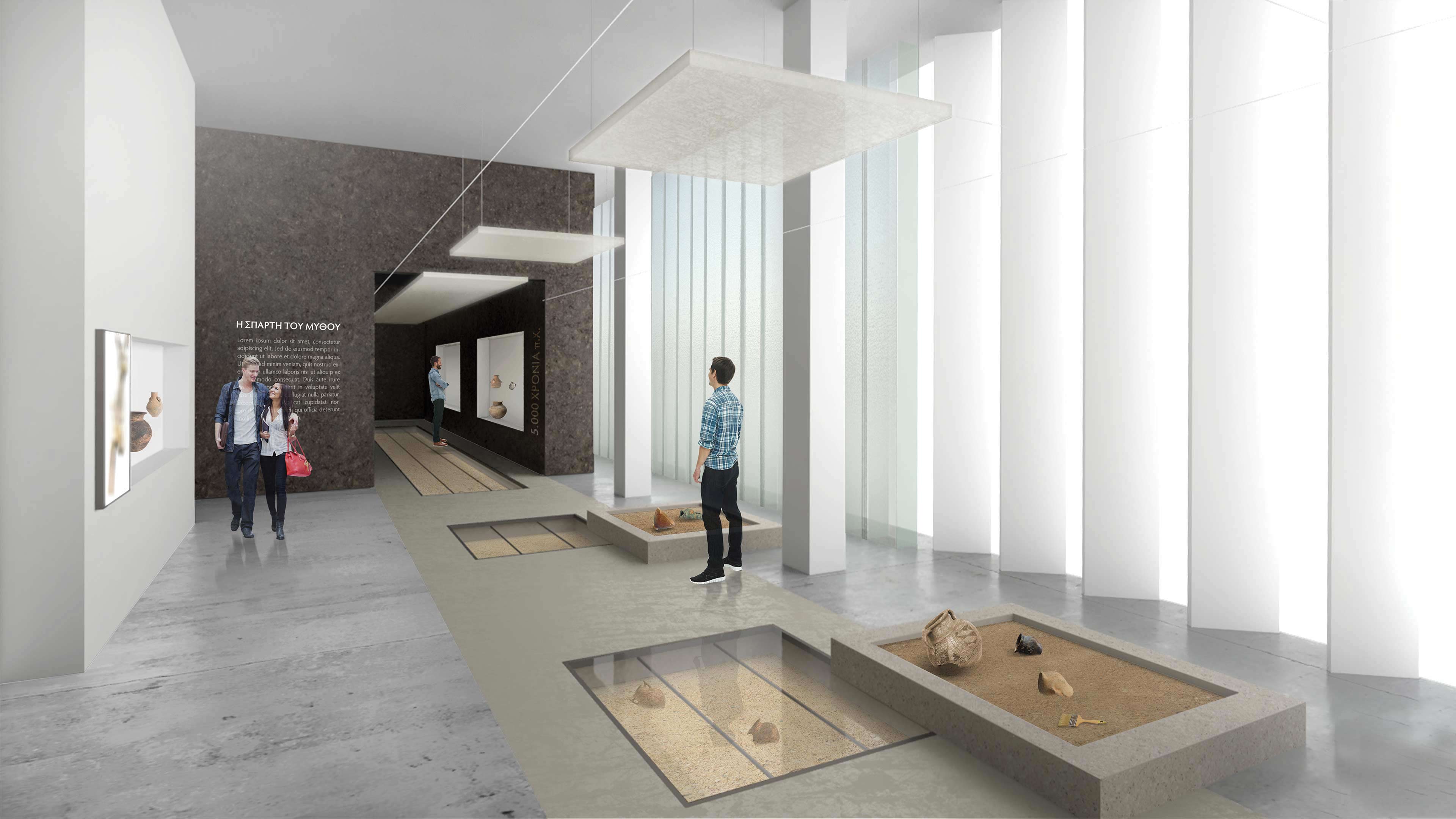 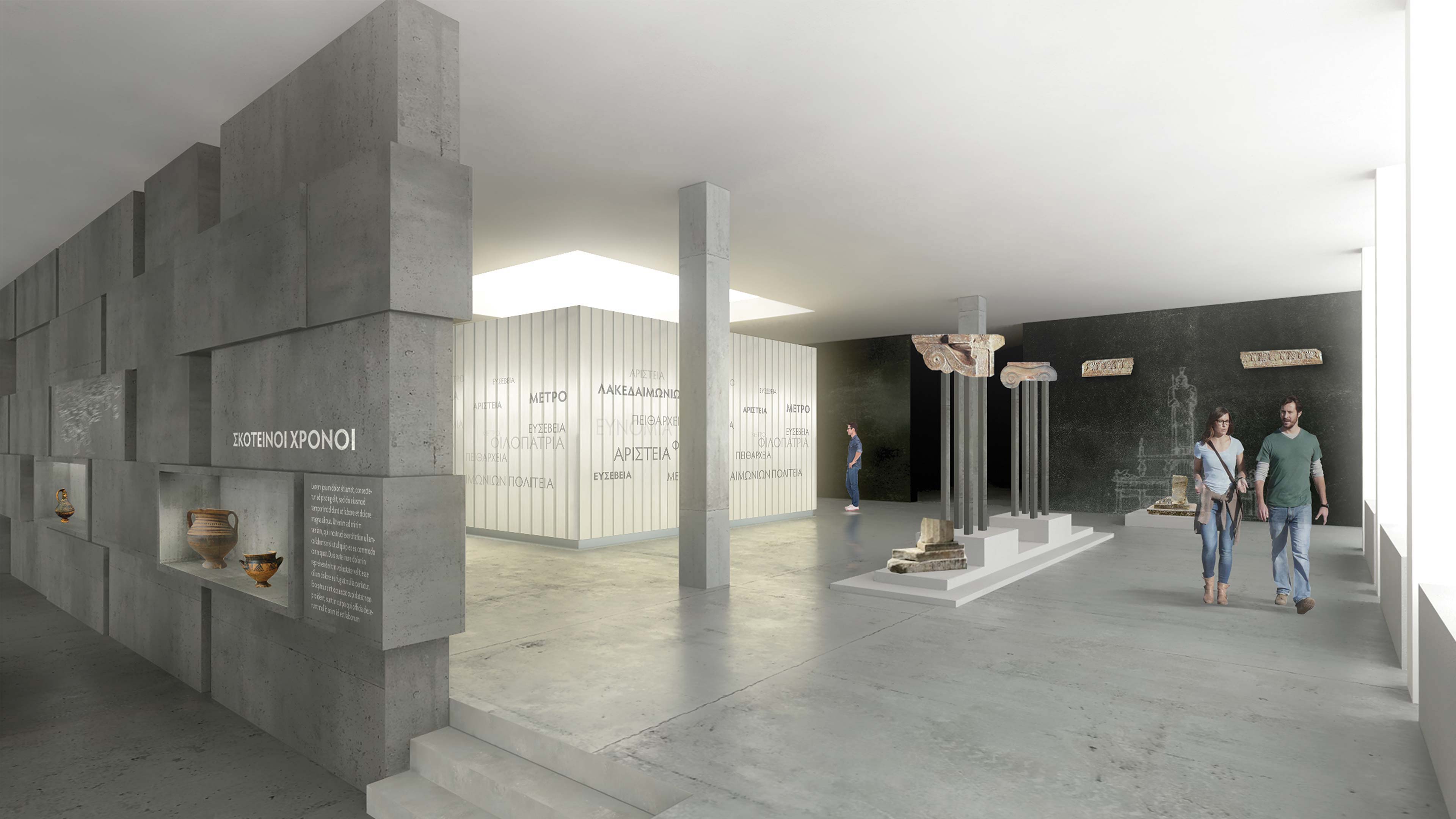 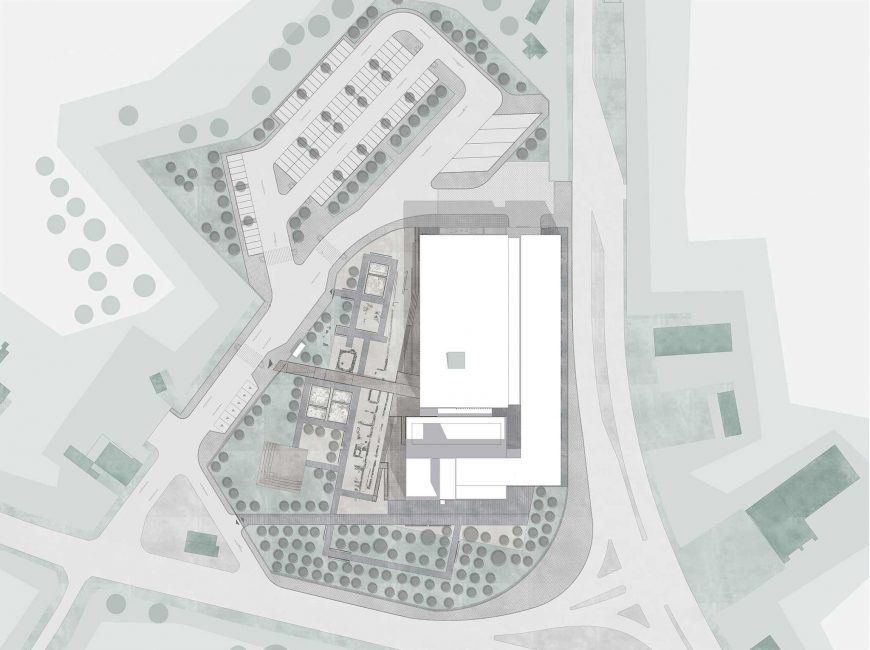 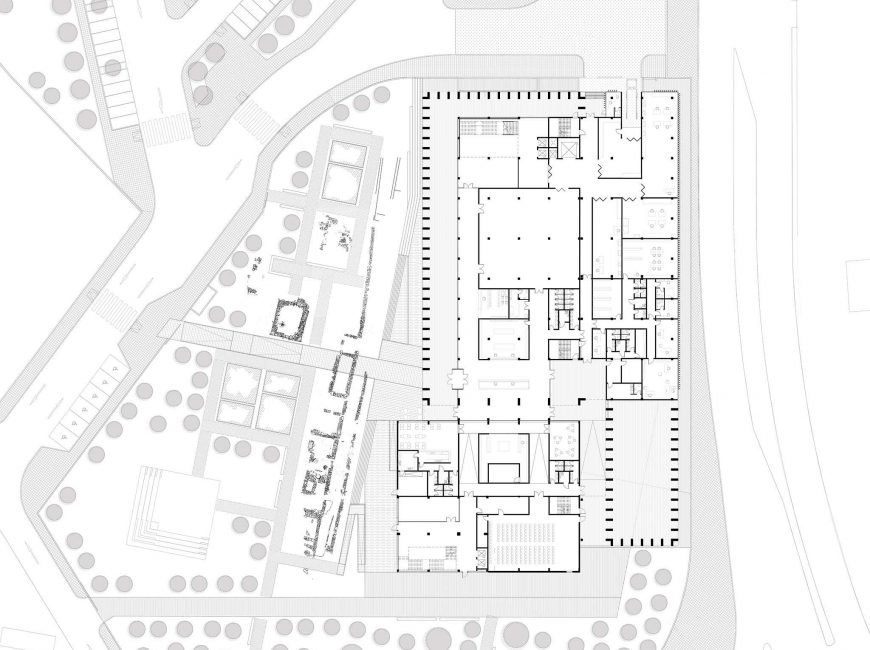 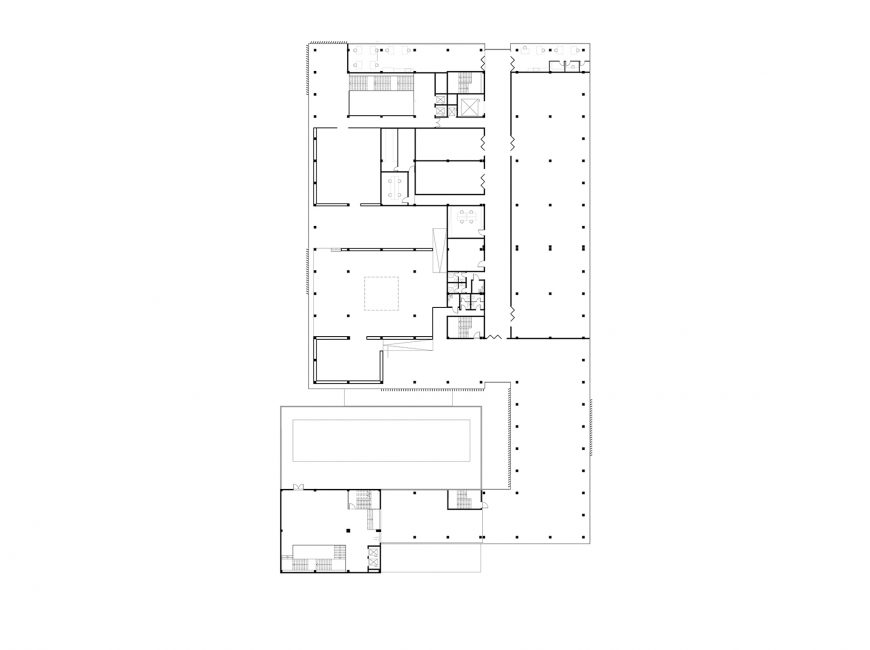 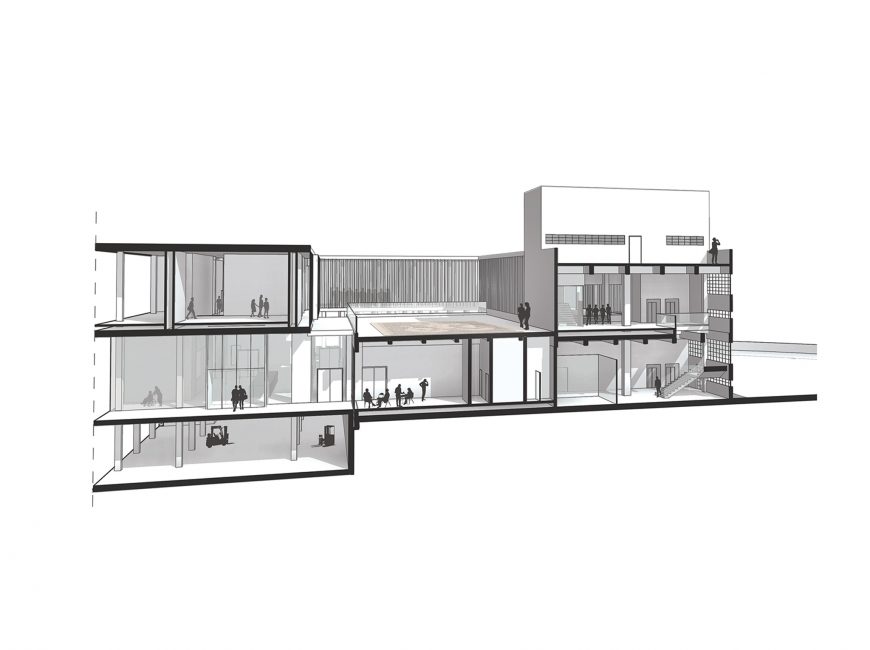 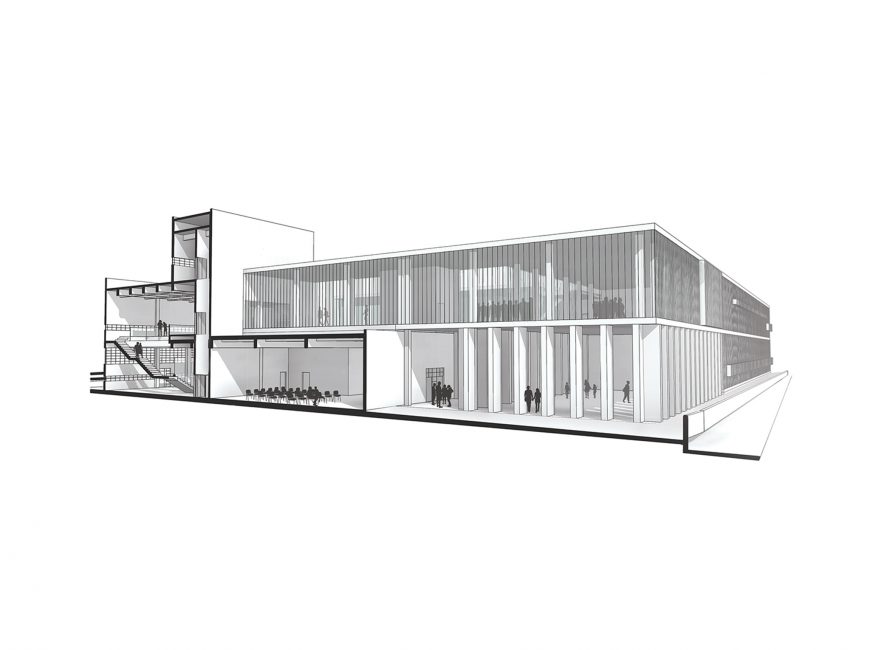 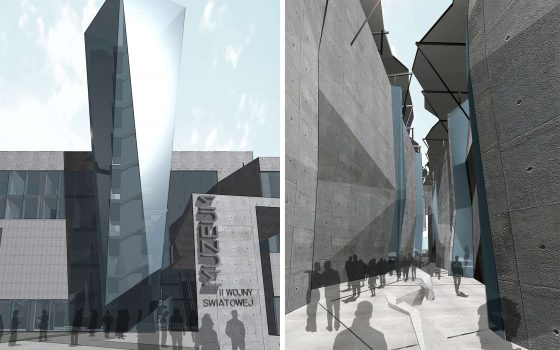 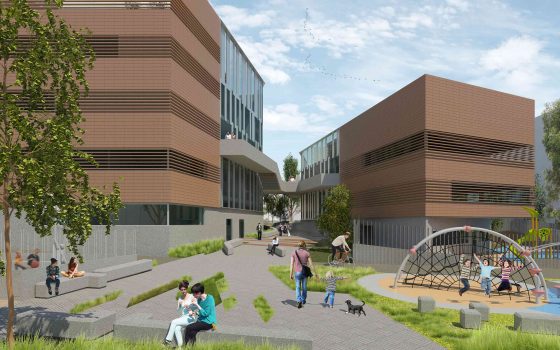